Have you seen This Person? They took something from me.

This Person is an Alternate Reality Game (ARG) that teaches people about the dangers of identity theft.

What is an ARG?

An ARG is a game that blends real-life scavenger hunts, interactive storytelling, video games, and the online community. The world is the “gameboard”.

The definition is loose, but the main component of an ARG is that it is multiplatform and blends fiction and reality.

ARGs are almost always free to play and present themselves as real rather than fiction. People still enjoy playing them even when they are aware that it is a game, though the experience can feel more authentic when the player believes it is real.

ARGs can be completely internet based, but usually result in some sort of real life involvement. Some require only one player, but some are need strangers to organize in order to finish the game. Because of this psychologists and scientists have studied ARGs from a anthropology stand point.

ARGs began as tools to promote films, video games, and TV shows, but have evolved to be used for social awareness and as just for fun games. Independent ARGs have become more popular in the 2010s with young people using YouTube as the main platform for the game, allowing creators with no web developing skills to still create games.

To learn more about ARGs and see how I went about making This Person check out my process.

What happens in Have You Seen This Person? They Took Something From Me.

The player would come across a poster showing the eponymous This Person, displaying the website address. 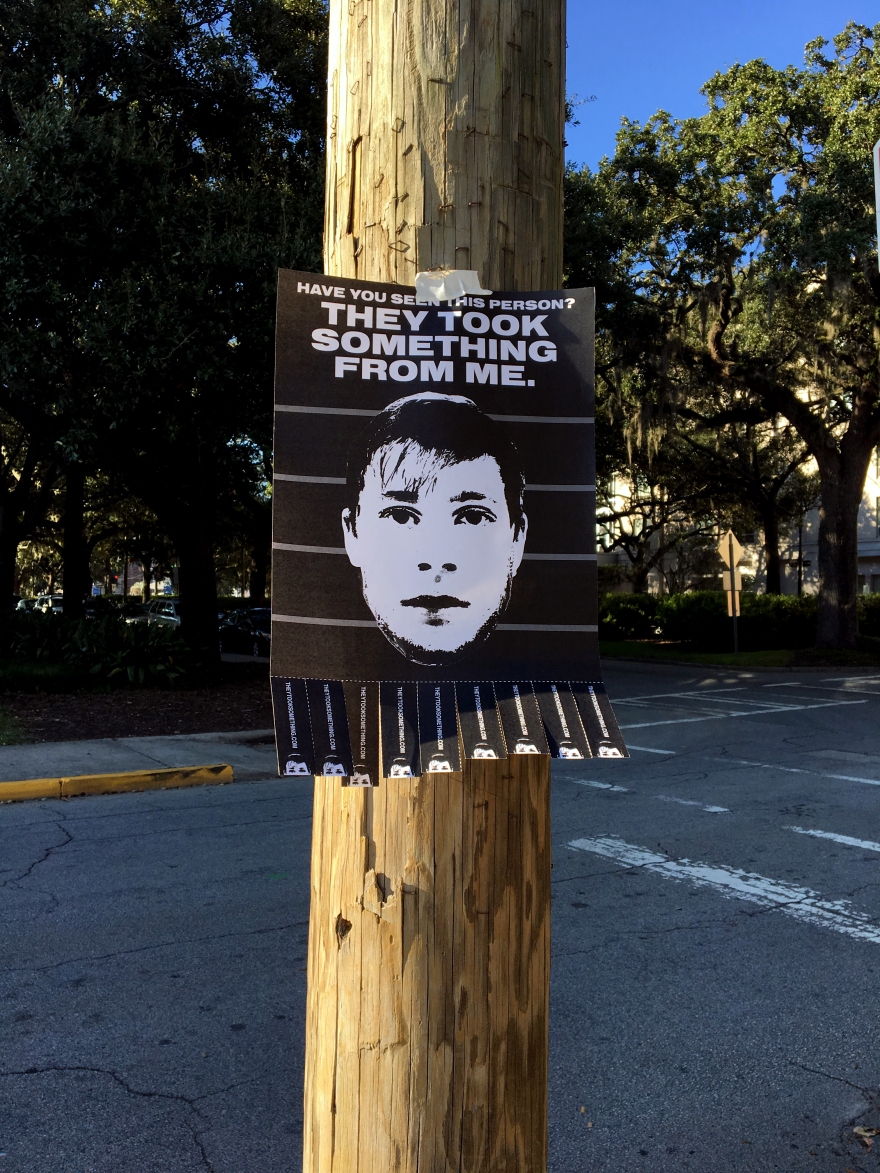 The initial website would display no menu and require players to explore in order to advance through the site. Puzzles, bizarre audio, and anagrams would lead the player to feel at ease, believing they are playing a game. Once they click through the site they are given a chance to guess what was stolen. No matter what they guess they are taken to the second website.

The second website has a menu and a sketchy air about it. The player clicks through it realizing they may have been tricked, eventually being told their identity had been stolen while they searched through the initial site. Luckily for the player, a PDF auto downloads explaining it was all a game and a public service announcement, allowing the players to learn more about identity theft online.

See the whole game mocked up from start to finish below.

Instead of solely relying on players coming across the posters, guerilla advertising would be used to generate intrigue. 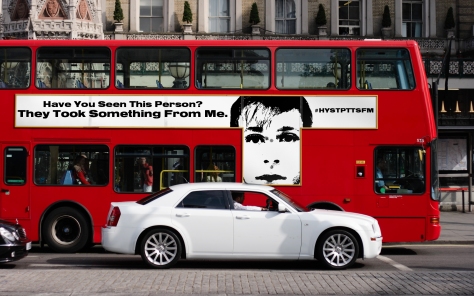 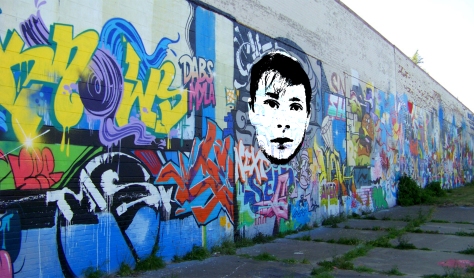 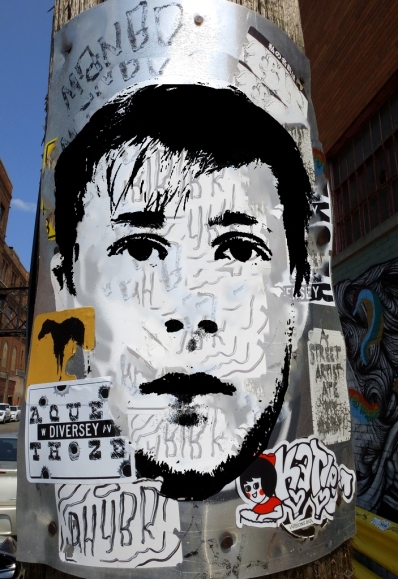 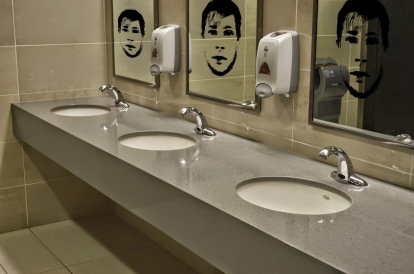 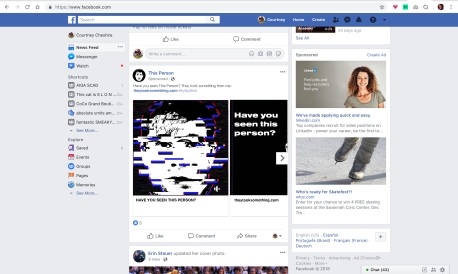 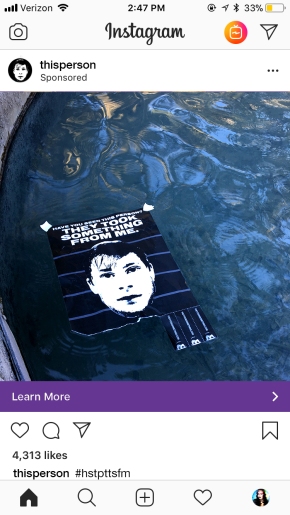 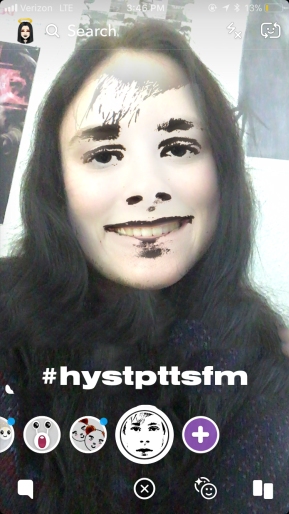 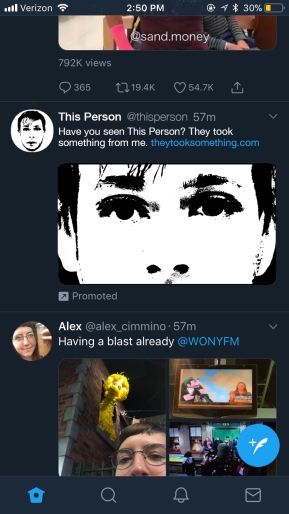 Who exactly IS This Person?

This Person is a combination of four faces which allows him to be a person all his own. 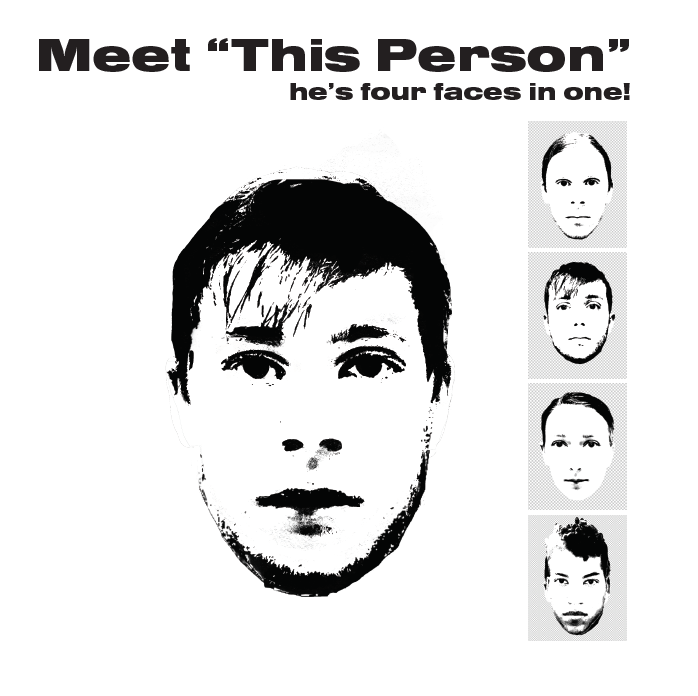