This wrapping paper design was inspired by America’s fanatic obsession with true crime, serial killers, and cult mentality.  Men like Charles Manson have become revered on the same level as presidents and celebrities.  Others like Jim Jones and Marshall Applewhite have had their deplorable actions reduced to a joke without thinking of how offensive that is to the memory of their victims.  Men like David Koresh have become bizarre martyrs for government conspiracy theorists.  If America wants to place these men in such high regard, why shouldn’t they be on wrapping paper just like Barbie and Santa Claus?  We are more close to this appearing on shelves than you’d think.

Taking it a step beyond wrapping paper, I have collaborated with Noah Meihoff to take the design and work it into fashion. In an attempt to study public reaction I have worn both a Jim Jones and David Koresh shirt in public. I have received no negative response; I am either ignored or complimented. 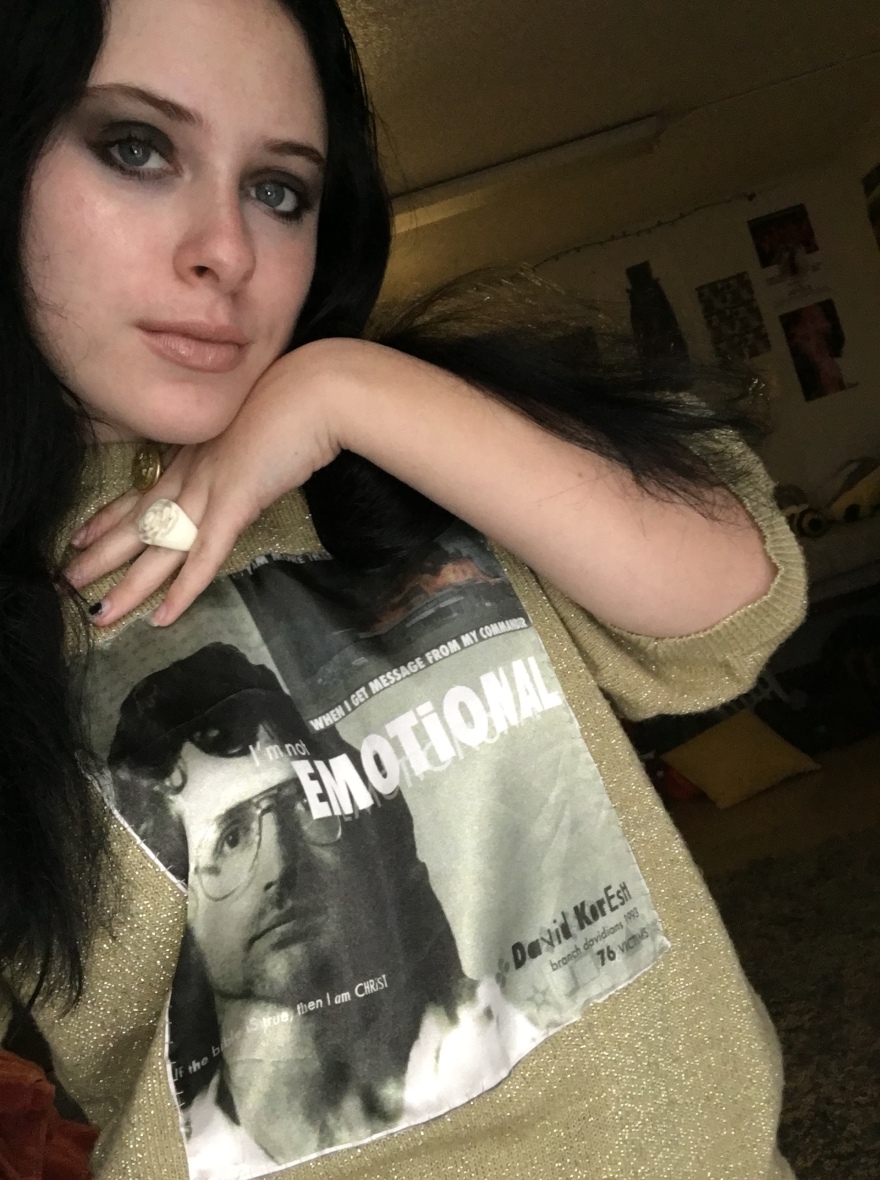